While chasing a dream, have you ever settled for less? Have you ever second-guessed your goals? I am reminded of a scene from “Sahara” where the hero, Dirk Pitt and his sidekick, Al Giordino are riding camels through the desert... 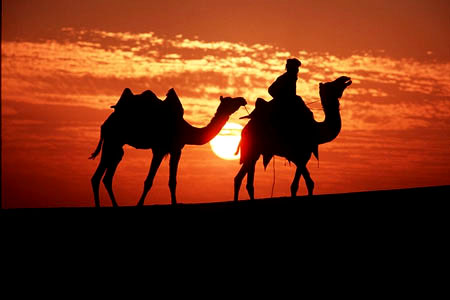 Al: Well, we're in the desert, looking for the source of a river pollutant, using as our map a cave drawing of a Civil War gunship, which is also in the desert. So I was just wondering when we're gonna have to sit down and re-evaluate our decision-making paradigm?
Dirk: [coming up on the fortress seen in the cave painting] I don't know - it seems to be working so far.

Some of the best advice I’ve ever received concerning our pursuit of mission work, is to “Hold it loosely,…” meaning we ought to be flexible in what we perceive our calling is, in respect to what God may ultimately be calling us to do.

Most recently, as the approval for our visa’s dragged on and on, Paula and I believed our vision of serving in Brazil was fading. After five months volunteering at the JAARS Center in North Carolina, we had all but resigned ourselves to the idea that maybe we were actually called to work here. I literally prayed one day.. “Lord, if THIS is where you want us to be, I will accept that and only ask that you open the doors to make it possible.” Within a week of praying that prayer, Paula and I received word that our visas to Brazil were approved and in trusted hands (my parent’s).

Repeatedly I am reminded that while God wants each of us to enthusiastically join in His work, He is more desirous that we chase after HIM enthusiastically. Even though the work is important, it is secondary to our worship of Him.